Goa will soon join other states in offering Taxis in Goa which are App based . Goa Tourism Development Corporation’s (GTDC) taxi app ‘GOAMILES’ is all set to launch next month. Currently the app is in final stages of testing in actual conditions. 2800 licensed taxi drivers in Goa have already expressed interest in using the app and the number is expected to grow further as passenger demands swell. The project is expected to bring relief to tourists looking for convenient modes of transportation. 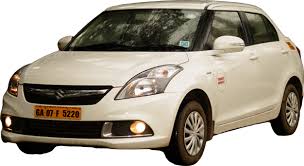 Minister for tourism Manohar Azgaonkar said, “the launch of the app- based taxi service in Goa is going to bring a revolutionary change in the transportation system for all stakeholders which includes taxi drivers, tourists and locals. I am confident that tourist taxi drivers across Goa will all join the digital system so that Goa does not lag behind other States where such systems are working successfully.”

Earlier it was rumoured to be called as the Kadamba Cab

is free for passengers to download on Android and  iOS platforms.

Alternative modes of public transport in Goa Include State owned transport called Kadamba Transport Corporation, Privately owned buses. Black and Yellow Taxis, Tourist Taxis, Black and Yellow Motorcyles locally known as ” Pilots ” which was a first in India but now is being replicated in many parts of the country. Rent a Car and Rent a Bike are the most preferred and popular option among the tourists